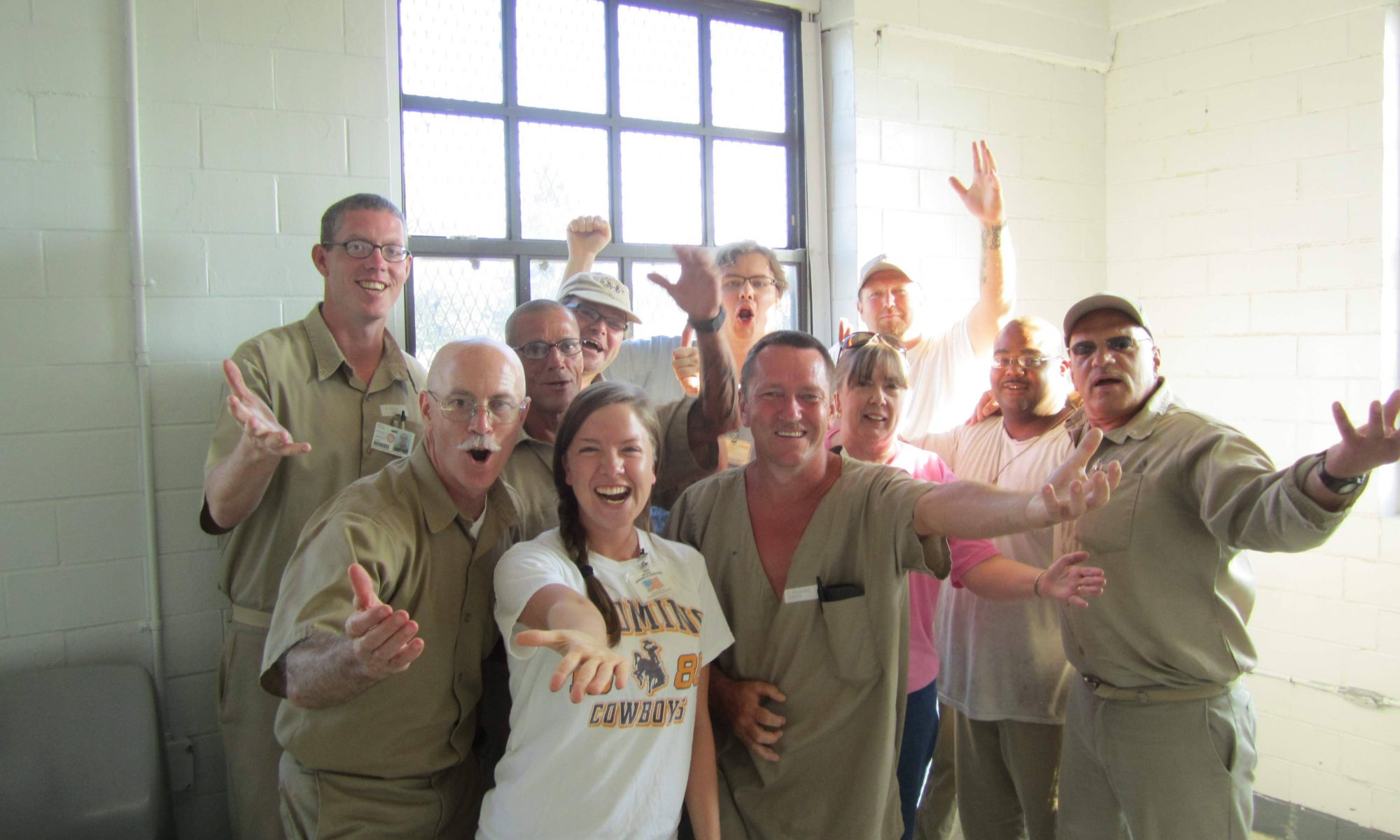 TAKING THE ARTS TO NORTHPOINT

Each summer Pioneer Playhouse brings professional actors into the prison yard to stage a classic play for the general inmate population at Northpoint. Past productions include Moliere’s Tartuffe, Shakespeare’s Taming of the Shrew and Mark Twain’s Is he Dead.

“Tartuffe took me away from being here for two hours,

Playwriting workshops are held year-round for inmates drawn to self-expression through the creative writing.  The emphasis of these one-on-one workshops is to focus on the process of turning each inmate’s personal journey into a scripted, communicated narrative.

At the end of each summer, the playwriting class work concludes with a performance presentation of rehearsed plays and scenes staged by participating inmates for the general prison population and an invited guest public. Participants in this program, many of who never graduated high school, experience the exhilaration and self-esteem building of “putting on a show.”  Emphasis is placed on exploring the creative process, not necessarily the final result.

Voices Inside incarcerated writers have won the Pen Award for Best Inmate Drama in America, and have had their work performed on New York stages and at Actor’s Theatre of Louisville.